The Ashtabula County Choral Music Society is a Non-profit 501(c)3 organization dedicated to the mission of providing quality performances of significant choral works for Ashtabula County audiences while providing singers with educational and musical experiences since 1989. We offer a variety of programs each season in Ashtabula County. The season extends from late August to late May.

Singers with the Ashtabula County Choral Music Society (ACCMS) are asked to have previous experience with choral music and be at least 13 years of age. There are no auditions. Some have joined after participating in a community event such as singing the Messiah. Others have joined after hearing a concert or community singing event. Some began singing in high school with the Youth Choir. The singer may rehearse for one concert or the whole season. Any interested singers are asked to contact ACCMS by phone or email. You are welcome to attend a rehearsal and meet the group. Singers are asked to contribute a donation to the group to support our mission and performance attire is required. The ACCMS is committed to assisting any potential singer who may find those requests difficult. 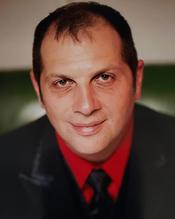 Paul Shellhammer is a local resident and a former singer with the Ashtabula County Choral Music Society. He has directed choirs at Good Shepherd Lutheran Church in Conneaut and Trinity Lutheran Church in Columbus. He is an accomplished organist and percussionist, a graduate of Conneaut High School, and he earned a Bachelor’s degree in Fine Arts from Ohio University. While at OU, he received the Socciarelli Service and Leadership Award. Paul also has participated in Master classes at Julliard, St. Olaf and the Manhattan School of Music. He currently resides in Ashtabula and is a supervisor at Kinder Morgan Pinney Dock. 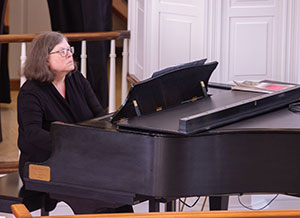 Sandra Matheny joins the ACCMS as an accomplished music teacher and musician. She completed a BS in Music Education at Concord University in Athens, West Virginia and received her Master of Sacred Music from Wittenburg University in Springfield, Ohio. She is a successful teacher, having received Music Teacher of the Year Award sponsored by the Columbus Symphony Orchestra. As a musician she has served churches in Tennessee and Ohio. Sandra lives in Conneaut with her husband, Gary Matheny. They have a son, Philip, who lives in Portland, Oregon.

The Board of Directors is composed of singers and members of the community who support the mission of the organization. The Board meets 4 times per year and has fiscal and administrative responsibility for the functioning of the organization. The Artistic Director submits a budget for the season which is monitored by the Board. In addition to their time and talents, each board member contributes a donation to the organization and participates in the financial campaign which is necessary to support the budget for personnel, music, equipment communications and rehearsal facilities. Nominations to the Board are received and voted upon at the 3rd quarterly meeting. Their term is 3 years and may be renewed by majority vote of the board.

Current ACCMS Board of Directors: